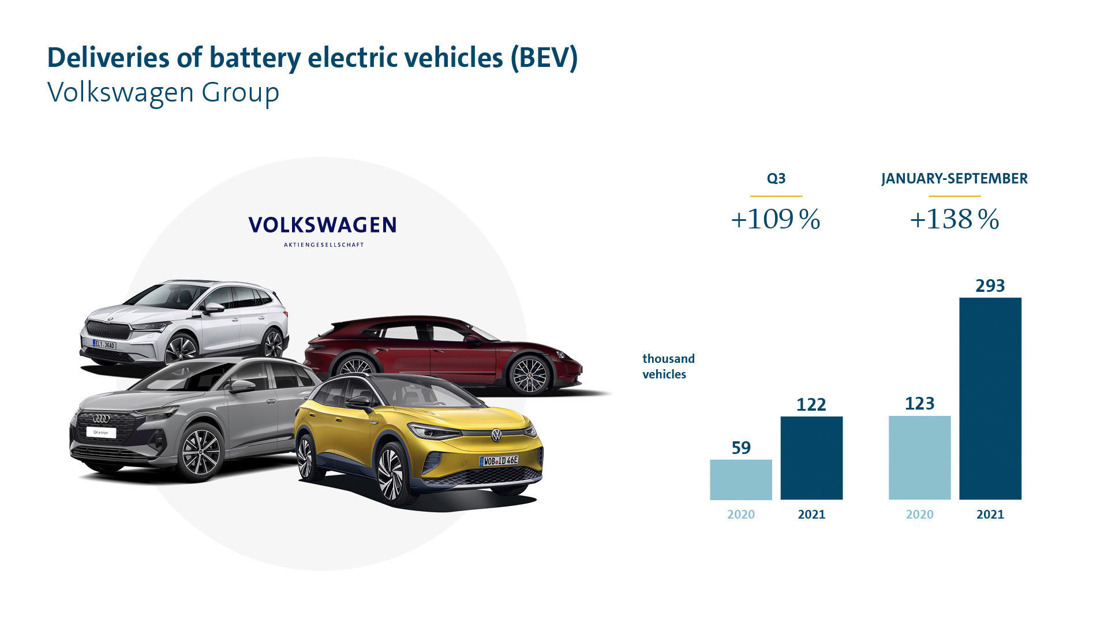 In terms of BEV deliveries by region, Europe was still clearly in the lead, with 209,800 vehicles (share of 72 percent). The Group was the market leader here, accounting for a BEV market share of around 26 percent. In the USA, the Group delivered 27,300 BEVs, which corresponded to 9 percent of its global BEV deliveries. This gave the Group a market share of around 8 percent in the all-electric vehicle segment, putting it in the number two position. In China, 47,200 BEVs were delivered by the end of September; this represents 16 percent of the Group’s global BEV deliveries. In the third quarter, the accelerated market ramp-up meant that China accounted for a share of 24 percent. Christian Dahlheim: “As planned, we significantly accelerated the BEV market ramp-up in China in the third quarter, and we are on track to meeting our target for the year of delivering 80,000 to 100,000 vehicles of the ID. model family.”

The top 5 BEV models in the nine-month period were as follows: