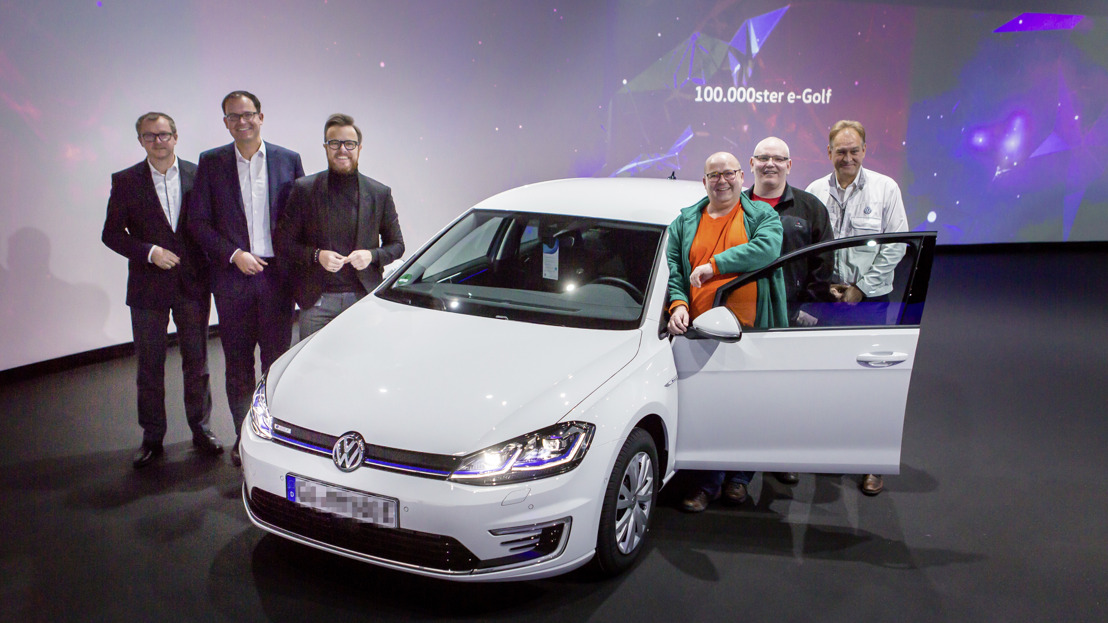 The anniversary vehicle painted in “Pure White” was handed over to Maik Jaehde from Landolfshausen near Hanover. Once he had collected his vehicle he was given an exclusive tour of production.

Holger B. Santel, Head of Sales and Marketing Germany, said: “The e-Golf has already been our ambassador for e-mobility for more than five years. Today’s delivery milestone of 100,000 vehicles is confirmation of the e-Golf’s success in fulfilling its mission. It therefore plays an important role in the mobility turnaround for many customers and paves the way for the new ID.3.”

Production of the e-Golf began in Wolfsburg in 2014. Due to the high demand, the model has additionally been built in the Gläserne Manufaktur Dresden for more than two and a half years. The new ID.3 will roll off the assembly line in Dresden from next fall. Series production of the first model based on the Modular Electric Drive Kit (MEB) started in Zwickau in November.

The Gläserne Manufaktur’s function as a vehicle collection point is to be expanded, with a specific focus on electric vehicles. Currently, some 1,300 vehicles per year are handed over to customers in Saxony’s capital city. This number is to be significantly increased in the coming years.

Around 27,900 e-Golf were delivered to customers worldwide from January to October 2019 – with full-year deliveries in 2018 totaling 24,800. The five strongest sales markets this year are Norway, Germany, the USA, the UK and the Netherlands.