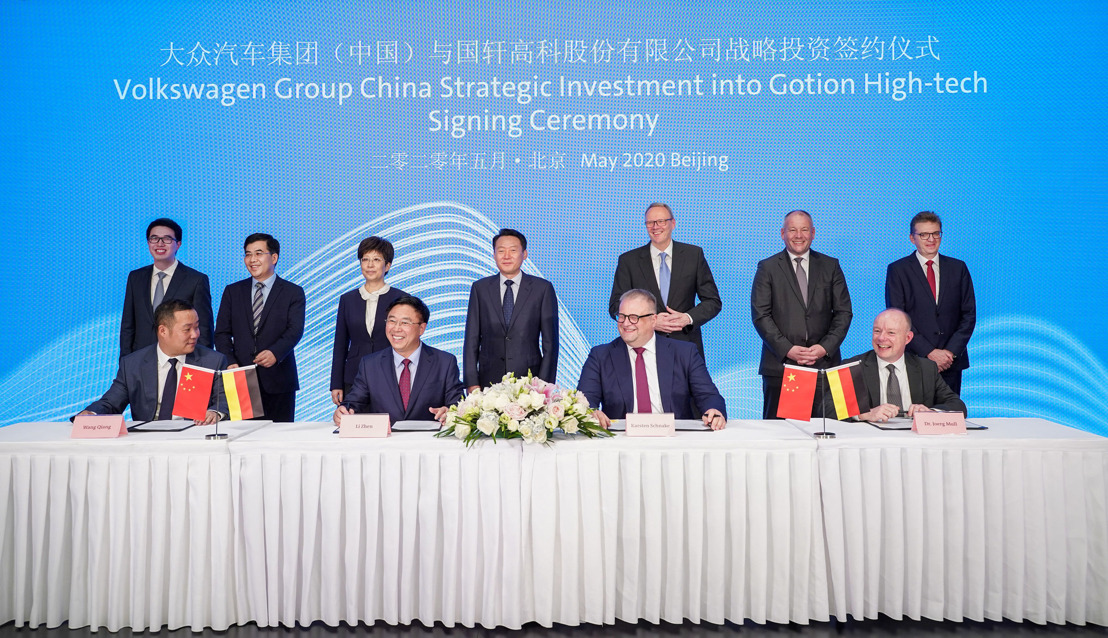 Today, Volkswagen has initiated the next chapter for its business in China. Volkswagen plans to increase its share in JAC Volkswagen, its joint venture for e-mobility. Around €1 billion is to be invested. This amount includes the acquisition of 50 percent of JAG, the parent company of the Volkswagen partner JAC, and an increase in the stake in JAC Volkswagen from 50 to 75 percent. By gaining management control, Volkswagen is paving the way for more electric models and infrastructure. Furthermore, Volkswagen will acquire a 26 percent stake in battery manufacturer Gotion High-Tech Co., Ltd. for around €1 billion, becoming the company’s largest shareholder.

Dr. Herbert Diess, CEO of Volkswagen AG, said: “Together with strong and reliable partners, Volkswagen is strengthening its electrification strategy in China. The electric cars segment is growing rapidly and offers a great deal of potential for JAC Volkswagen. We are actively driving forward the development of battery cells in China through our strategic investment in Gotion.”

Dr. Stephan Wöllenstein, CEO of Volkswagen Group China, said: “I am delighted with this strategic milestone in our mutual and trusted relations as Volkswagen takes a strategic role in a state-owned company for the first time, as well as investing direct in a Chinese battery supplier. These investments shape the character of Volkswagen in China, making it a more localized, more sustainability-focused mobility company. By opening up the market, China is giving Volkswagen new business opportunities.” Volkswagen Group China has already outlined its route to becoming a net carbon-neutral company. In 2025, around 1.5 million NEVs are planned for delivery to customers across the country. China is the world´s biggest market for e-mobility.

By strengthening its position and advancing the JAC Volkswagen joint venture through a capital increase, Volkswagen is taking the next step in its Chinese electrification strategy. Letters of intent were co-signed by Volkswagen (China) Investment Co. Ltd. and the government of Anhui province, which foresee Volkswagen raising its stake from 50% to 75% within the JAC Volkswagen joint venture via a capital increase. To make this possible, Volkswagen will also be investing in the Anhui government-owned entity JAG, the parent company of JAC. The parties intend to close the deal amounting to €1 billion by the end of the year, subject to customary regulatory approvals.

Founded in 2017, the JAC Volkswagen joint venture is an all-electric company which develops, produces and sells NEVs. A portfolio expansion of up to 5 additional BEV models by 2025 is planned, as well as building a full-scale e-model factory and finishing the R&D center in Hefei.

Volkswagen has found a further partner to secure future demand for batteries for its Chinese e-models. With the signing of binding agreements, Volkswagen (China) Investment Co. Ltd. will become the largest shareholder in Gotion, with 26 percent of the shares, through a buy-in of around €1.1 billion. Volkswagen is the first global automaker to invest direct in a Chinese battery supplier. It is planned to complete the deal by the end of 2020, subject to customary regulatory approvals.

The partnership is an opportunity for Volkswagen to achieve deeper know-how in the field of batteries. Gotion maintains various current and future projects over the entire battery value chain from sourcing, development and production to recycling. Gotion is in the process of becoming a certified Volkswagen Group battery supplier in China, including supplies for local MEB vehicles. The MEB is the new modular electric vehicle platform of the Volkswagen Group.

The deal will not affect ongoing contracts with other battery suppliers.