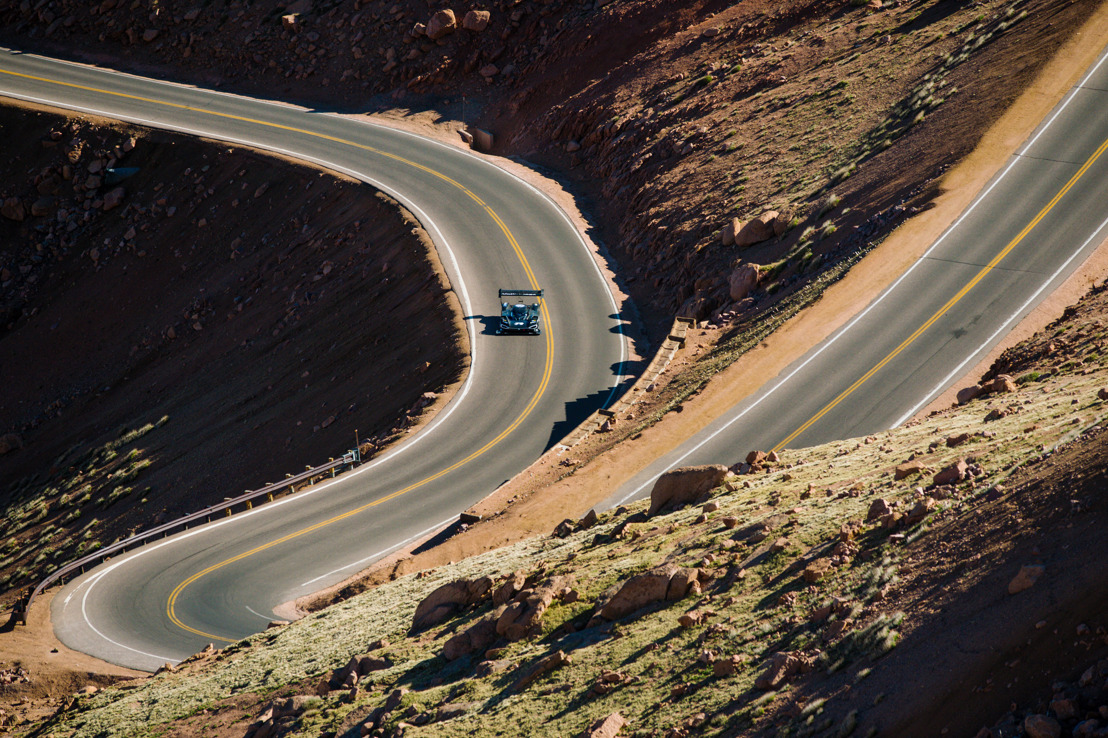 Preparations for the 96th Pikes Peak International Hill Climb (PPIHC) are in full swing. The Volkswagen I.D. R Pikes Peak impressed from the word go at the first tests on the original route in the US state of Colorado. The focus of Romain Dumas’ (F) practice runs was on chassis set-up, tyre tests and optimal use of battery charging and energy recovery when braking. As the 19.99-kilometre route to the summit at 4.302 metres is a public road, it was only available to the team for three hours.On 24 June – in precisely three weeks – Dumas, a three-time winner of the most famous hill climb in the world, will set his sights on breaking the record for electric cars.

The current record of 8:57.118 minutes was set in 2016. The 40-year-old will get just one attempt. As well as the technically extremely demanding route, with a change in elevation of 1,440 metres between the start and finish, the team also face many unknowns. The race has had to be cancelled or shortened due to adverse weather on several occasions in the past. In June, it snows or hails around the area of the summit on average 18 out of 30 days, while the temperature is often around freezing point.Romain Dumas (F), Volkswagen I.D R Pikes Peak“If even the slightest little thing goes wrong during the race, then a new electric record is hardly realistic.

However, the I.D. R Pikes Peak is the best car I have ever driven up this mountain. Acceleration and cornering speeds are really impressive, and the car is also very comfortable: The electric powertrain means I do not need to shift gear, so I can focus fully on the racing line. However, there is obviously always room for improvement. We will fine-tune the set-up over the course of the remaining tests, and I am very confident ahead of the race on 24 June.”

Driver Romain Dumas was impressed with the performance of the all-electric powered racing car. Since the track to the summit at an altitude of 4,302 metres is a public road, the team only had access to it for three hours. For preparing for the further test runs and the race on 24th June, Volkswagen Motorsport has established a permanent base in Colorado.“The news from Colorado is very positive: we are on schedule with the preparations for the I.D. R Pikes Peak and can now focus on the fine-tuning,” explained Volkswagen Motorsport Director Sven Smeets. “It is the result of a very strong team performance, initially here in Germany and now by our team on site in the USA. If we continue to work with focus and motivation, we are in with a good chance of setting a new record time for e-cars on 24 June.

” Dumas was delighted after the test. “The I.D. R Pikes Peak is the best car that I have ever driven up this mountain. The acceleration and cornering speed are really impressive, and on top of that the car is very convenient. Thanks to the electric drive, I don’t need to change gears and can focus on the line instead,” explained the Frenchman. “But it goes without saying that there is always room for improvements. In the remaining test drives, we will continue to optimise the tuning,” said Dumas.During the first test in the USA, the team mainly focussed on the suspension, tyre tests, and the optimum use of battery charge and energy recycling when braking.

“Perfect energy management is one of the key factors for successfully attacking the record in the electric car category,” explained François-Xavier Demaison, Technical Director at Volkswagen Motorsport, who, as project manager, is responsible for I.D. R Pikes Peak. “The first test drive at Pikes Peak was successful. This shows that our computer simulations and the test drives in Europe were on point.” For the 96th edition of the most famous hill climb in the world on 24 June, Volkswagen driver Dumas has his eyes on the time of 8:57.118 minutes – the record for electric cars on the 19.99-kilometre track with 156 turns set in 2016.