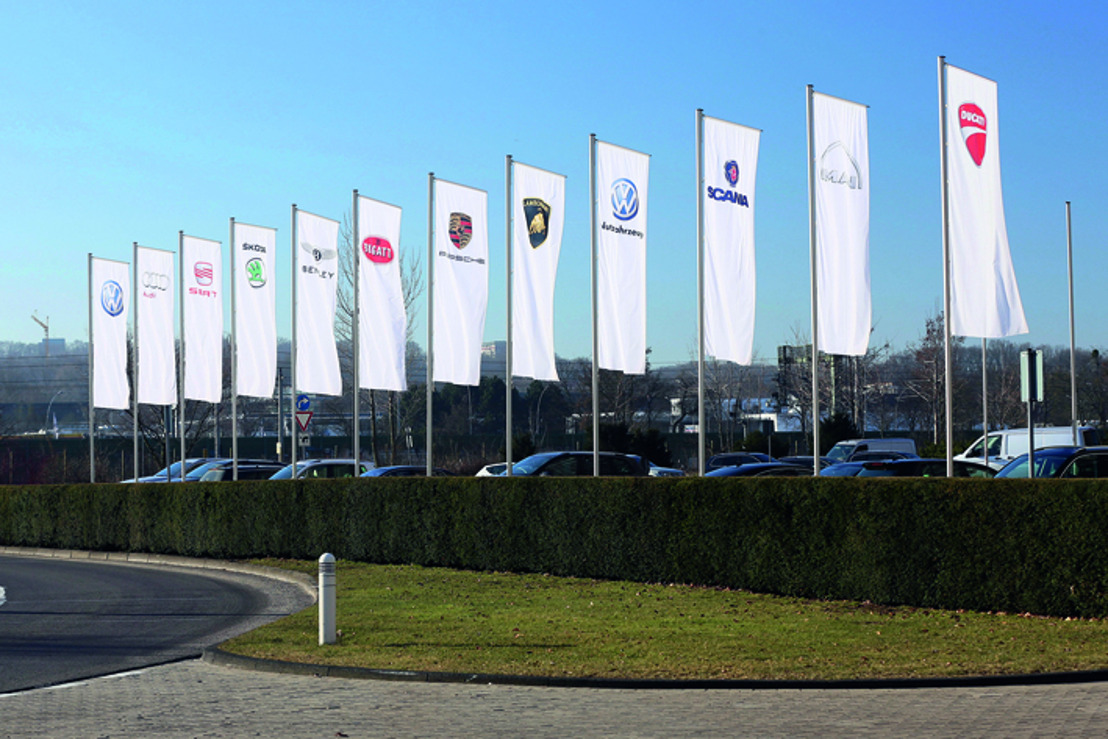 The Volkswagen Group continued its profitable growth course in the first half of 2018, posting record figures for deliveries, sales revenue and earnings (before special items). In the period from January to June, Group sales revenue rose from EUR 115.3 billion to EUR 119.4 billion year-on-year. Operating profit before special items increased from EUR 8.9 billion to EUR 9.8 billion, however, expenditures of EUR 1.6 billion in connection with the diesel crisis were recognized in the second quarter. The operating return on sales before special items rose from 7.7 to 8.2 percent. The Group’s profit after tax for the first six months was up 2.1 percent year-on-year to EUR 6.6 billion.“ The Volkswagen Group performed successfully in the first half of the year, with very solid growth in sales revenue and earnings. We also delivered more vehicles than ever before,” said Dr. Herbert Diess, CEO of Volkswagen AG, commenting on the results for the first six months. “However, we cannot rest on our laurels because great challenges lie ahead of us in the coming quarters – especially regarding the transition to the new WLTP test procedure.  Growing protectionism also poses major challenges for the globally integrated automotive industry.”

Globally, the Volkswagen Group delivered 5.5 million vehicles to customers in the first half of 2018. This means an increase of 7.1 percent compared with the prior-year period. CEO Diess: “The growth demonstrates that the many new models rolled out by our Group brands win customers over completely. Over the coming months, we will do everything in our power to validate the trust of our customers worldwide. Our stated goal is to transform Volkswagen into our industry’s leading company in terms of profitability, innovative power, sustainability and customer satisfaction.”

Despite anticipated expenditures arising from the transition to the new WLTP (Worldwide Harmonized Light-Duty Vehicles Test Procedure), the achievement of CO2 fleet targets and the rollout of the electric campaign, the Group stands by its outlook – before special items – for the current year. The Volkswagen Group forecasts that its sales revenue will be up to five percent higher than the prior-year figure, with an operating return on sales (before special items) of between 6.5 and 7.5 percent.

“The first half of the year showed that the Group has a solid operating and financial base,” said Frank Witter, member of the Group Board of Management, responsible for Finance and IT. “However, as communicated several times before, we need to prepare a volatile second half of the year, particularly due to the WLTP.”

Net Liquidity in the Automotive Division

Sales revenue for the Volkswagen Passenger Cars brand in the first six months of 2018 was up 7.7 percent year-on-year at EUR 42.7 billion. The operating profit before special items was EUR 2.1 (1.8) billion. Higher volumes and improved product costs had a positive effect. However, this was offset by higher distribution costs resulting from, among other things, the scrapping premium and upfront expenditures for new products, especially in connection with the implementation of the electrification campaign. The diesel issue gave rise to special items of EUR –1.6 billion.

Sales revenue for the Audi brand increased during the first half of 2018 to EUR 31.2 (30.0) billion. In particular, higher volumes, efficiency gains and forward-looking currency management raised the operating profit to EUR 2.8 (2.7) billion. The financial key performance indicators for the Audi brand also include the Lamborghini and Ducati brands.

At EUR 9.2 billion, sales revenue for ŠKODA in the reporting period was up 5.1 percent year-on-year. Due to negative exchange rate effects and higher upfront expenditures for new products, the operating profit declined by 4.5 percent to EUR 821 million, while volume improvements and optimization of costs had a positive impact.

At EUR 5.8 billion, sales revenue for the SEAT brand was 14.5 percent higher than in the same period of the previous year. Operating profit improved by 62.7 percent to EUR 212 million. Positive volume, price and mix effects considerably outweighed upfront expenditures for new products and exchange rate effects.

Coming in at EUR 757 (867) million, sales revenue for the Bentley brand was lower than in the same period of 2017. The operating result stood at EUR –80 (13) million, impacted in particular by lower sales, delays in the start-up of the new Continental GT and exchange rate effects.

At EUR 11.2 (10.8) billion, Porsche Automobile generated a year-on-year increase in sales revenue in the first half of 2018. The operating profit of Porsche Automobile increased by 0.4 percent to EUR 2.1 billion, primarily due to positive mix effects.

Sales revenue of Volkswagen Commercial Vehicles climbed 6.7 percent in the first six months of the current year to EUR 6.3 billion. Operating profit rose by 26.7 percent to EUR 567 million, due in particular to volume and mix effects, improved price positioning and optimization regarding the cost of materials.

Sales revenue for the Scania brand, which amounted to EUR 6.5 (6.3) billion, was higher than for the same period in 2017. At EUR 684 (673) million, operating profit improved on the prior-year period. Cost increases were offset by higher volumes, a favorable exchange rate trend and an improved financial services business.

Sales revenue for MAN Commercial Vehicles increased to EUR 5.8 (5.3) billion in the first half of 2018. Operating profit rose to EUR 258 (EUR 193) million, due to volume-related reasons.

MAN Power Engineering generated sales revenue of EUR 1.6 (1.6) billion in the period from January to June 2018. The operating result was EUR 68 (73) million.

In the first half of 2018, the operating profit at Volkswagen Financial Servicesimproved by 5.7 percent to EUR 1.2 billion, due in particular to business growth and improved margins.

For the year as a whole, the Group expects deliveries to customers of the Volkswagen Group in 2018 to moderately exceed the prior-year figure amid continuously challenging market conditions. Challenges in the current fiscal year will arise mainly from the economic situation, increasing competition, exchange rate volatility and the diesel issue. In the EU, there is also a new, more time-consuming test procedure for determining pollutant and CO2 emissions as well as fuel consumption in passenger cars and light commercial vehicles (WLTP).

1  Adjusted
2  Volume data including the unconsolidated Chinese joint ventures. These companies are accounted for using the equity method.
3  Including allocation of consolidation adjustments between the Automotive and Financial Services divisions.
4  Excluding acquisition and disposal of equity investments: second quarter EUR 3,702 (3,692) million.first half EUR 6,782 (6,853) million.

You can find the full interim report under “Investor Relations” onhttps://www.volkswagenag.com/de.html