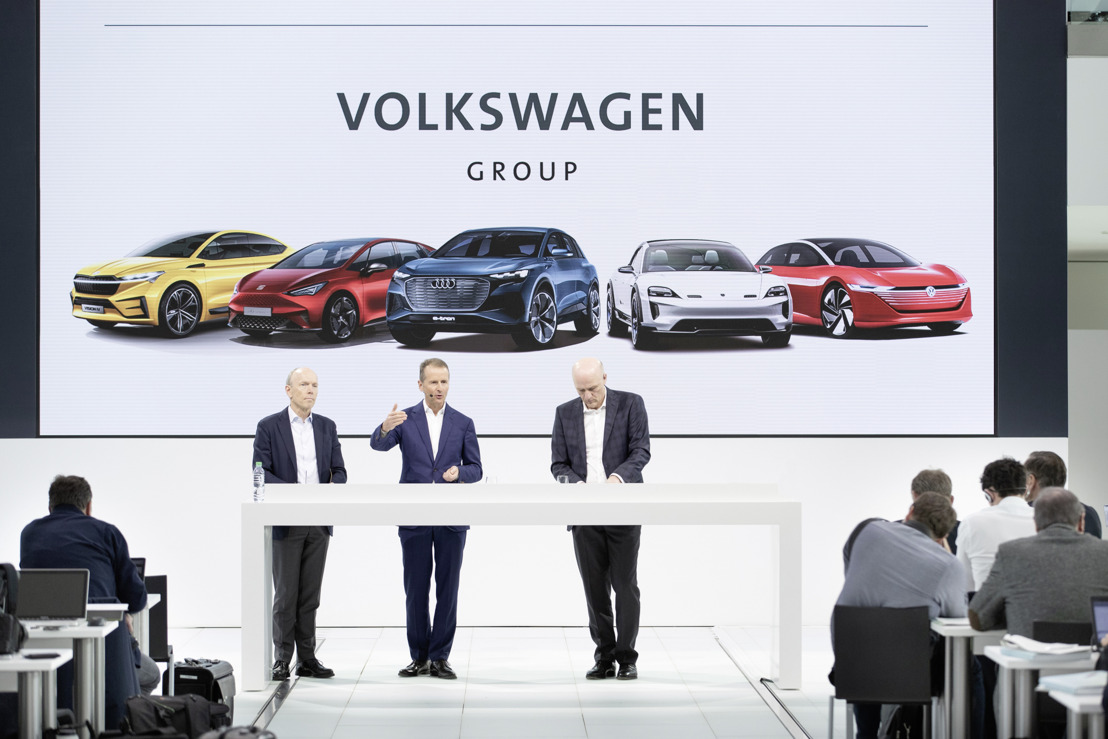 In fiscal year 2018, the Volkswagen Group again benefited from its broad positioning and the sustained solid performance both of its brands and its financial services. Dr. Herbert Diess, Chairman of the Board of Management of Volkswagen Aktiengesellschaft, explained: “2018 was a successful year for the Volkswagen Group. We performed very well in spite of strong headwinds. Our Group brands worked very hard to help achieve this result. We must now redouble our efforts, step up the pace and resolutely continue the transformation we have begun.”

The Volkswagen Passenger Cars brand continued its product initiative in 2018, growing its sales revenue by 6.8 percent to EUR 84.6 billion. Operating profit before special items amounted to EUR 3.2 (3.3) billion. The increase in vehicle sales and improved product costs had a positive effect. Higher sales expenses resulting from factors such as the environmental bonus, exchange rate effects and upfront expenditures for new products, especially in connection with the implementation of the electric mobility campaign, weighed on the operating profit. In addition, the WLTP test procedure presented challenges. The operating return on sales before special items was 3.8 (4.2) percent. The diesel issue gave rise to special items of EUR –1.9 (–2.8) billion.

Sales revenue of the Audi brand came in at EUR 59.2 (59.8) billion in fiscal year 2018 in a difficult market environment. Operating profit before special items amounted to EUR 4.7 (5.1) billion. Mix improvements, positive exchange rate effects and product cost optimization were unable to compensate for lower vehicle sales and higher sales costs, both of which primarily reflect the impact of WLTP, as well as higher depreciation and amortization charges due to the large volume of capital expenditure. Audi generated an operating profit before special items of 7.9 (8.5) percent. Special items resulting from the diesel issue amounted to EUR –1.2 (–0.4) billion. The financial key performance indicators for the Lamborghini and Ducati brands are included in the financial figures for the Audi brand.

At EUR 17.3 billion, the ŠKODA brand’s sales revenue in 2018 was 4.4 percent higher than in 2017. Operating profit fell by 14.6 percent to EUR 1.4 billion; the decline mainly resulted from negative exchange rate effects, negative impacts from WLTP, a rise in personnel costs and higher upfront expenditures for new products. Meanwhile, growth in unit sales, product cost optimization and improved price positioning had a positive impact. The operating return on sales declined from 9.7 percent in the previous year to 8.0 percent.

The Bentley brand generated sales revenue of EUR 1.5 billion in the reporting period, a decline of 16.0 percent year-on-year. The operating result fell to EUR –288 (55) million, impacted mainly by delays in the start-up of the new Continental GT and restructuring of the pension fund as well as exchange rate effects. The operating return on sales amounted to –18.6 (3.0) percent.

The 2018 fiscal year was once again very successful for Porsche: the sales revenue generated by Porsche Automotive rose by 9.2 percent to EUR 23.7 billion. Operating profit increased by 2.7 percent year-on-year to EUR 4.1 billion. The rise was particularly attributable to the increased volume and positive mix effects, while higher research and development costs, particularly for e-mobility and digitalization, had an offsetting effect. In 2018, the operating return on sales stood at 17.4 (18.5) percent.

At EUR 11.9 billion, the sales revenue at Volkswagen Commercial Vehicles in the past fiscal year was on a level with the previous year. Despite positive mix effects and material cost optimization, operating profit declined to EUR 780 (853) million, primarily as a result of higher upfront expenditure for new products, unfavorable exchange rate trends and the challenges arising from WLTP. Accordingly, the brand’s operating return on sales was 6.6 (7.2) percent.

The Scania brand increased its sales revenue to EUR 13.4 (12.8) billion in fiscal year 2018. Operating profit improved by 4.4 percent to EUR 1.3 billion, particularly as a result of the higher volume, positive mix effects, favorable exchange rates, and a better financial services business. Meanwhile, cost increases had a negative impact. The brand’s operating return on sales was unchanged on the previous year at 10.1 percent.

Driven by higher volumes, sales revenue at MAN Commercial Vehicles in fiscal year 2018 climbed to EUR 12.1 billion, exceeding the prior-year figure by 9.2 percent. As a result of the expenditure associated with the restructuring activities in India, operating profit declined to EUR 332 (362) million. The brand’s operating return on sales was 2.7 (3.3) percent.

In the Power Engineering segment, MAN recorded an increase in sales revenue to EUR 3.6 (3.3) billion. As in the previous year, operating profit stood at EUR 193 million, with positive volume effects being offset by a deterioration in the mix. The operating return on sales stood at 5.3 (5.9) percent.

Volkswagen Financial Services generated sales revenue of EUR 32.8 billion in the past fiscal year, thus exceeding the prior-year level by 2.9 percent. Operating profit rose by 6.2 percent to EUR 2.6 billion – a new record. The increase was mainly attributable to business growth.

Volkswagen expects that deliveries to customers of the Volkswagen Group in 2019 will slightly exceed the prior-year figure amid continuously challenging market conditions. Challenges will arise particularly from the economic situation, the increasing intensity of competition, exchange rate volatility and stricter WLTP requirements. Volkswagen expects the sales revenues of the Volkswagen Group to grow by as much as 5% year-on-year. In terms of the operating profit for the Group, Volkswagen forecasts an operating return on sales in the range of 6.5–7.5 percent in 2019.