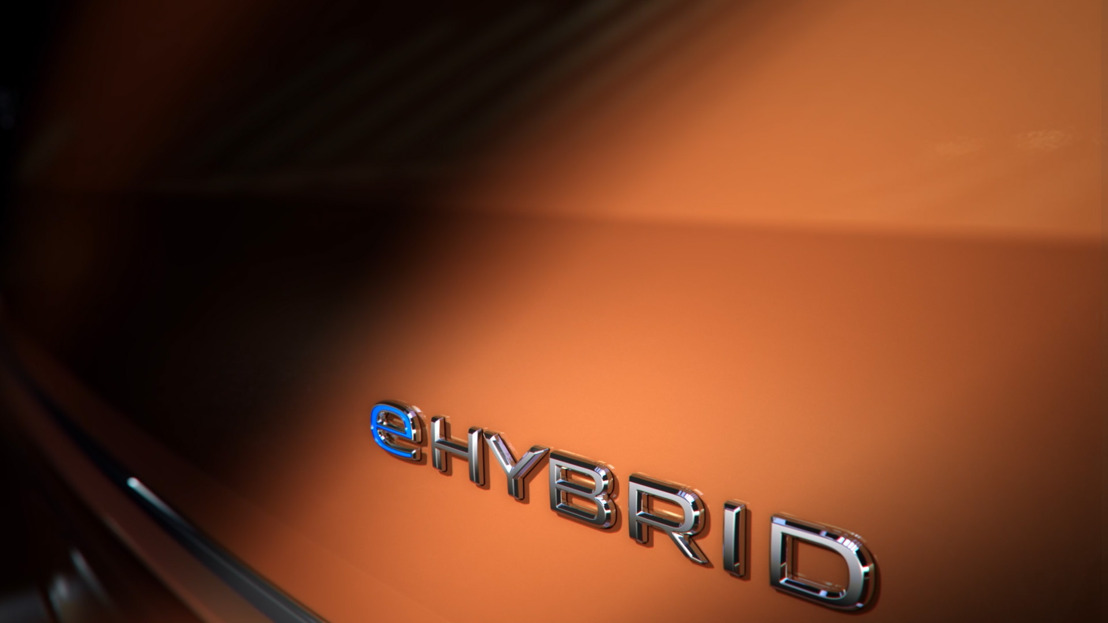 Hannover, 18 May 2021 – Gliding through the city with zero on-road emissions and at the same time easily mastering the longest of journeys thanks to great total range – an MPV capable of doing precisely this is what Volkswagen Commercial Vehicles has now developed: the Multivan eHybrid. Its plug-in hybrid drive system fulfils the requirements of a new era and is perfect for the new Multivan, as the combination of electric motor and petrol engine ideally fuses sustainability with the typical all-round qualities of an MPV.

It is a new Multivan experience: push the START button, shift the dual-clutch gearbox (DSG) by wire to ‘D’, press down on the accelerator and the front-wheel-powered MPV pulls silently away. Silent running with logic behind it: whenever possible, the Multivan eHybrid starts in ‘e-mode’, i.e. powered 100% electrically and thus emission-free.  The electric range will be dimensioned in such a way that the typical daily distances can be covered without emissions. At higher speeds and/or low battery charge levels, a turbocharged petrol engine (TSI) additionally cuts in. For the Multivan, which can seat up to seven people, the plug-in hybrid is an ideal drive system, as it combines zero emissions in urban settings with the ability to do long journeys, such as going on holiday, with a minimal number of stops.

The Head of Design at Volkswagen Commercial Vehicles, Albert Kirzinger, explains in a short video what it is that makes a modern Multivan: "Sovereignty in all situations. Technologically, too. You can go about your everyday life in the city fully electrically. And on long journeys, you can enjoy the benefits of a powerful hybrid drive."

The lithium-ion battery is housed in the new Multivan eHybrid’s underbody. That saves on space and simultaneously lowers the MPV’s centre of gravity. And that has a positive effect on handling. The Multivan’s battery is charged externally via an interface in the front wing on the right-hand side. Volkswagen Commercial Vehicles will be offering its own charging card for charging the electrified MPV at public charging points, plus wall boxes for quick charging at home. The Multivan eHyrbid is thus transferring the lifestyle feel of its predecessors to the modern era. It remains the all-rounder for people on the move, families, sporty types and frequent travellers. It does that, however, more efficiently and more sustainably than any Multivan generation before. The new Multivan will launch with different drive system versions in the second half of this year.

Notes for editors: You will find this text and pictures in our press database:
www.vwn-presse.de

Hannover, 5 May 2021 – The Multivan is one of the greatest motor vehicle icons of the present day. Now the time has come to write another chapter in this story of success. With a completely new Multivan. Volkswagen Commercial Vehicles will be celebrating its world premiere in June. Initial sketches now provide a preview of how the next Multivan will look. Head designer Albert Kirzinger: “The new Multivan bears the unmistakable genes of the world’s best-known MPV design.”

Volkswagen Commercial Vehicles has taken the liberty of recreating the Multivan from top to bottom. The design and appearance of one of the most flexible and most original vehicle concepts on the market has thus been realigned. Nevertheless it remains the case that the DNA of its famous predecessors plays a key part in shaping the design of the new Multivan generation too. “Taking a major step forward, we have further enhanced the unmistakable character of this iconic vehicle, while still remaining loyal to the typical Bulli line. We consciously invoke, for example, the horizontal character line that runs around the body of a T3”, says Kirzinger. The monolithic design is thus also a homage to the first generation of the Multivan, which made its debut more than 35 years ago. The new Multivan also incorporates an element of styling from the T4 and thus from the second generation: the bonnet stretched laconically forward beneath the windscreen. Head designer Kirzinger: “The DNA of the T’s multifaceted story lives on. In a completely new Multivan, which is nevertheless a typical Bulli at first sight. With a characterful, endearing look and clear, timeless design.”

In this short video, Albert Kirzinger explains essential design elements of a Multivan.

The now fifth generation of the Multivan offering up to seven seats is based for the first time on the Modular Transverse Matrix. In conjunction with that comes an extension of the wheelbase with correspondingly striking proportions. The new Multivan is also wider. In line with that, the track width has increased as well. At the same time, Albert Kirzinger's team has given the new Multivan a somewhat lower profile. In the interplay of the proportions, a powerful overall look is thus created. The designers also achieved great advances with the aerodynamics. The aim: lower fuel consumption, greater range.

Volkswagen Commercial Vehicles: We Transport Success, Freedom and Future
As a leading manufacturer of light commercial vehicles, the Volkswagen Commercial Vehicles brand (VWCV) is reshaping the transportation of goods, services and people in a fundamental and lasting way. Our vehicles transport construction workers, families and adventurers, bread rolls, parcels and surfboards. Every day they help countless people all over the world to do a good job, they operate as mobile workshops and they bring paramedics and police personnel to wherever they are needed.
At our sites in Hannover (D), Poznań (PL), Września (PL) and Pacheco (ARG), around 24,000 employees produce the Transporter, Caddy, Crafter and Amarok model lines, and, as of 2022, will be producing the ID. BUZZ – the fully electric version of our iconic Bulli. Within the Volkswagen Group, VWCV is also the lead brand for autonomous driving and for mobility offerings such as Mobility-as-a-Service and Transport-as-a-Service - areas in which we are shaping the future of mobility.
In this way, the brand is transporting the society of tomorrow with all its requirements for clean, intelligent and sustainable mobility. It is this that Volkswagen Commercial Vehicles stands for with its brand promise: We transport success, freedom and future.