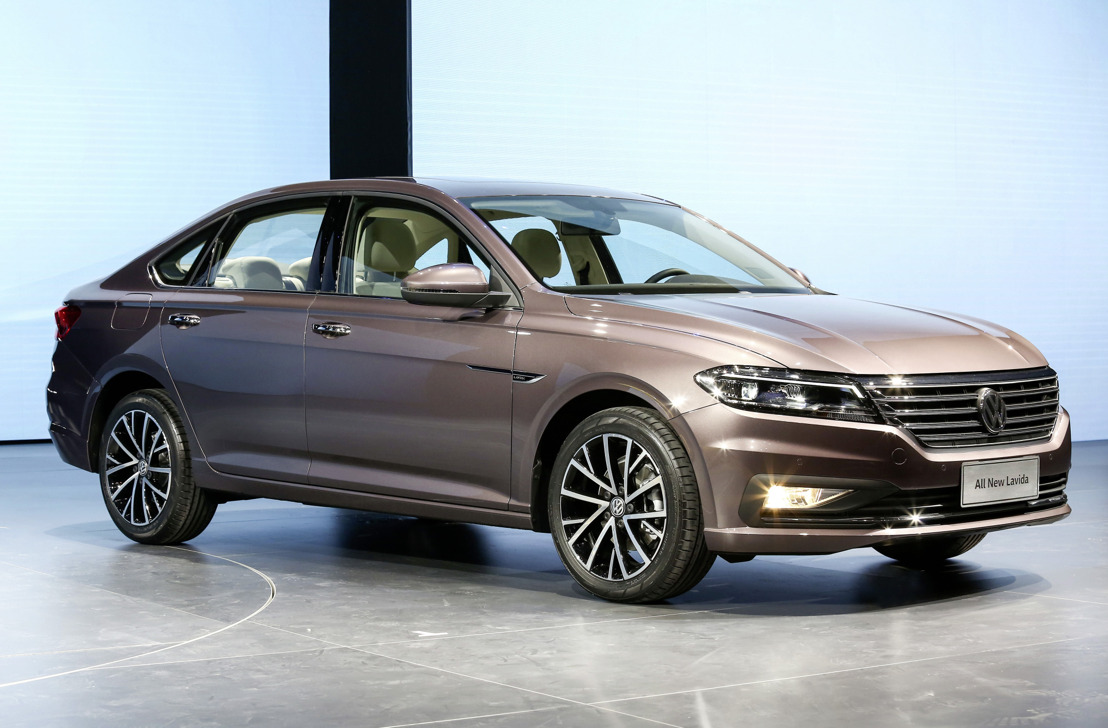 Wolfsburg/Beijing – Volkswagen is rigorously pursuing its product and technology offensive in its key market, launching nine new models in China in 2018 alone. The new generation of the Lavida, the market leader in compact saloon, and the new Volkswagen CC (the version of the Arteon made in China) will be making their debut at the Auto China 2018 exhibition in Beijing. Volkswagen will also be using the event as an opportunity to highlight its ambition in the important SUV segment with the new Touareg and the T-Roc. The company will offer a glimpse into the future with its I.D. VIZZION prototype, a futuristic electric and autonomous luxury saloon.

Volkswagen sold almost 3.2 million vehicles in China in 2017, making it the most successful make in the country. The success continues this year, with more than 750,000 vehicles delivered in the first quarter leading to further growth of 8.6 percent year on year. In order to consolidate its strong position, Volkswagen has launched a comprehensive brand initiative for the Chinese market entitled “Move forward”: the range of models will be completely revamped and substantially expanded in additional market segments. Also in the pipeline is a comprehensive range of new-energy vehicles with plug-in hybrid or fully electric drive.

Auto China 2018 in Beijing is China’s leading automotive trade fair and centres on the saloon – a traditional yet still a very important segment for the country. It has been spearheaded for many years by the Volkswagen Lavida, with around 450,000 customers opting for the compact saloon in 2017 alone. The brand-new generation boasts an unmistakeable design language and a much larger interior. The new Lavida is based on the Volkswagen Group’s modular transverse matrix (MQB) and harnesses all of its strengths in terms of an efficient drive and modern infotainment and assist systems.

Also making its debut is the new Volkswagen CC – the version of the Arteon manufactured in China. Having enjoyed success in Europe, this fastback is now winning over Chinese customers with its expressive design. With its coupé-like elegant lines, it also offers an incredible amount of space and comfort. These features have secured the CC an unmistakeable position in the premium saloon segment.

The brand-new Touareg was also unveiled in Beijing just a few weeks ago, with Volkswagen’s new technological flagship now celebrating its first-ever exhibition appearance in China. The sports utility segment now represents 44 per cent of the Chinese market – a trend that looks well set to continue. Volkswagen is also significantly expanding its presence in this segment with its SUV offensive. On top of the new Touareg, the company plans to bring another three models onto the market this year, including the Chinese version of the T-Roc, which will be premiered at the exhibition in Beijing. The new model will be launched on the Chinese market in the third quarter of 2018. It is distinct from its European counterpart in a number of ways, including its extended wheelbase.

Volkswagen will be giving visitors to the event in Beijing a glimpse into the sustainable mobility of the immediate future and beyond in the form of its I.D. VIZZION prototype. The saloon will spearhead the fully electric I.D. Family and will appear on the market by 2022 at the latest. The prototype can already support autonomous driving, while the innovative operating and information systems function with intuitive voice communication and augmented reality.

The I.D. VIZZION is based on the new modular e-drive assembly matrix (MEB) and showcases the technological capabilities of this architecture: from compact cars and SUVs through to vans and large saloons, virtually every segment is catered for. The first MEB-based models will hit the roads in Europe and China in 2020.

Volkswagen is due to introduce ten fully electric models by 2023 in this major market alone, with plans in place to produce and sell a total of around 650,000 fully electric cars in China in 2025.